There is an app for that: get rewards if you search local first

Juneau, Alaska (KINY) – Many people in Juneau have heard the popular “look local first” jingle. The Juneau Economic Development Council is seeking to encourage local buyers to do so.

This year, JEDC launched The Local Frequency, which operates as a community-wide rewards program. After downloading the app and creating an account, users can load money into the app much like a checking account or gift card. This money is called “local dollars”. Then, they can use the app to verify with participating local businesses with their unique scan code. Each purchase earns the user cash back in the form of local dollars, which can then be spent at any of the other participating businesses. Physical cards are also available on request.

“So I can make money at Coppa and I can spend those dollars at Bullwinkles – and that’s the really unique part of this app is that it’s a shared program,” said Brian Holst, Executive Director of JEDC, at a Juneau Chamber of Commerce luncheon. He said the program is designed for “a community, like ours, where we all believe in local support, and where each of us creates our own little loyalty system, and everyone has seven million dollars. ‘applications, there is only one application “. 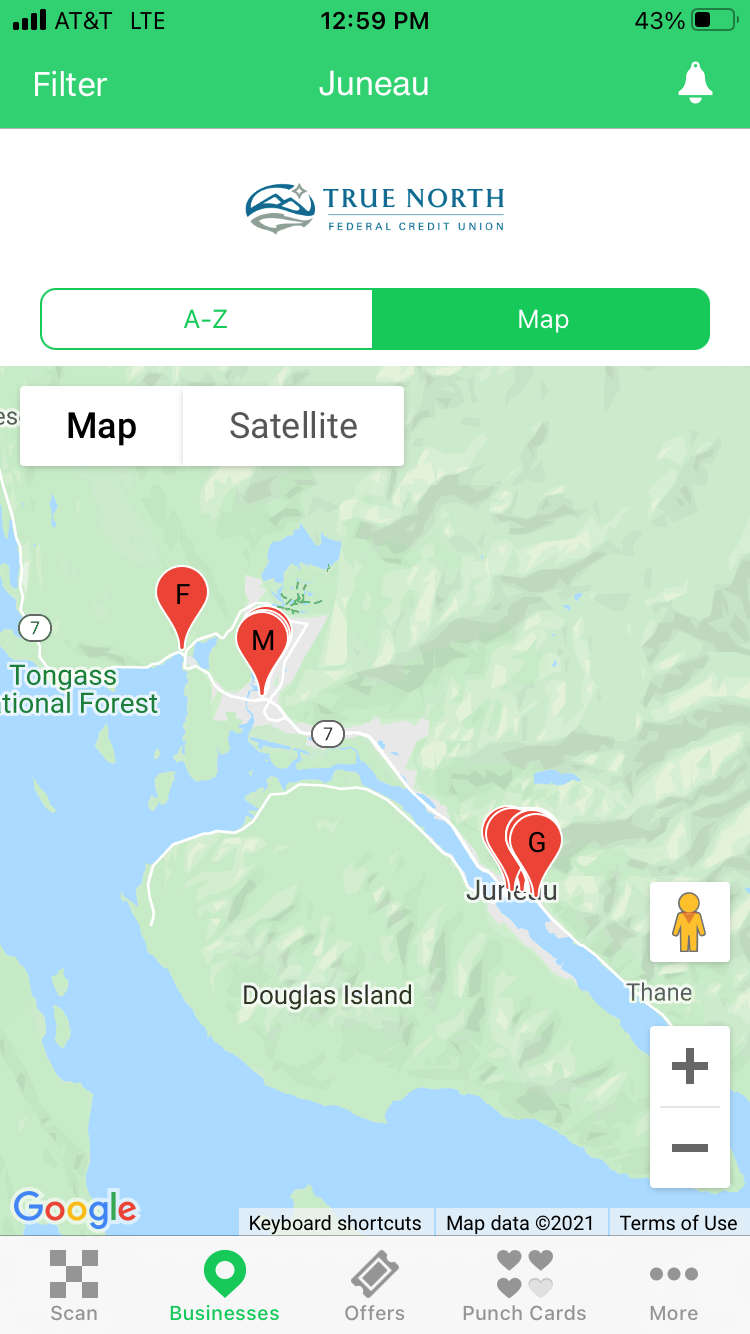 There are currently 16 locally owned and operated stores, restaurants and businesses participating in the program. There are no business registration or membership fees because JEDC wants to support local spending as much as possible, according to Holst.

“Loyalty programs work, big companies wouldn’t have them if they didn’t,” Holst said, adding that it’s difficult for small businesses to have similar systems because of the cost. He compared The Local Frequency to a loyalty program for the community. “It can do it for you at no cost. We don’t charge for that dimension of the service,” he said.

“Because we made a commitment to the local, we chose a local credit union,” said Holst. “So that’s where the money goes – the money never leaves Juneau, it goes straight to the credit union, then when you spend it, it goes from the credit union to the company that gets the reward. and your reward for your local purchases flows immediately to your app. “

Another feature of the app is the ability to round purchases and donate the excess to a community nonprofit. So far, six nonprofits have signed up, including United Way of Southeast Alaska and the Juneau Arts and Humanities Council.

Holst pointed out that in their research on the program, JEDC realized that the transaction fees through The Local Frequency cost the company less than other companies such as Squarespace. He said he hoped the program didn’t sound “too good to be true” and that local businesses would try to get involved.

JEDC has purchased a license for the app that’s statewide, so they’re hoping to expand the program outside of Juneau. It could take the form of tourist “packages” that can be used in any city in the South-East, intended in particular for cruise passengers. Or, a statewide network of local dollars.

On Thursday afternoon, more than 400 people registered for The Local Frequency in Juneau. More information is available here.